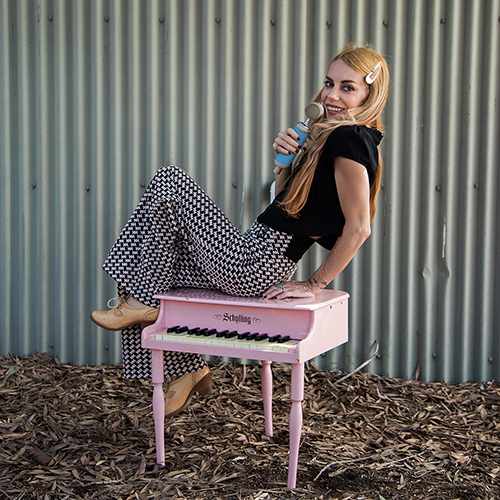 Born into a family of avid record collectors and music lovers, Lauren was introduced to this incredible world at a very young age. Lucky enough to always have a piano in the house, she started taking lessons and writing songs at the young age of eight.

Lauren’s first band, “The Pink Flamingos” played around the OC/LA and later took her back to her motherland of Dublin, Ireland where she spent a year performing and recording all over the UK. After moving back to CA, Lauren decided to take her education further and received her AA from OCC then an additional two years at The Academy of Art in San Francisco for Music as well as Fine Arts. In 2014 her newly formed band ‘Hank and her Ponies’ won The People’s Choice award for “Best Indie Band” in OC followed by a vinyl EP 7”.

Lauren has been part of The Music factory in Costa Mesa since 2006! Her music and education have carried her to numerous other places but she always happily returns to the school as she loves the family environment and creative freedom it offers her as a musical mentor.
Since 2013 Lauren returned to the school. She wrote the piano curriculum book published by The Music Factory in 2018, “A Comprehensive Study for the aspiring Pianist”. Her specialty is mentoring in piano, vocals, and song writing.