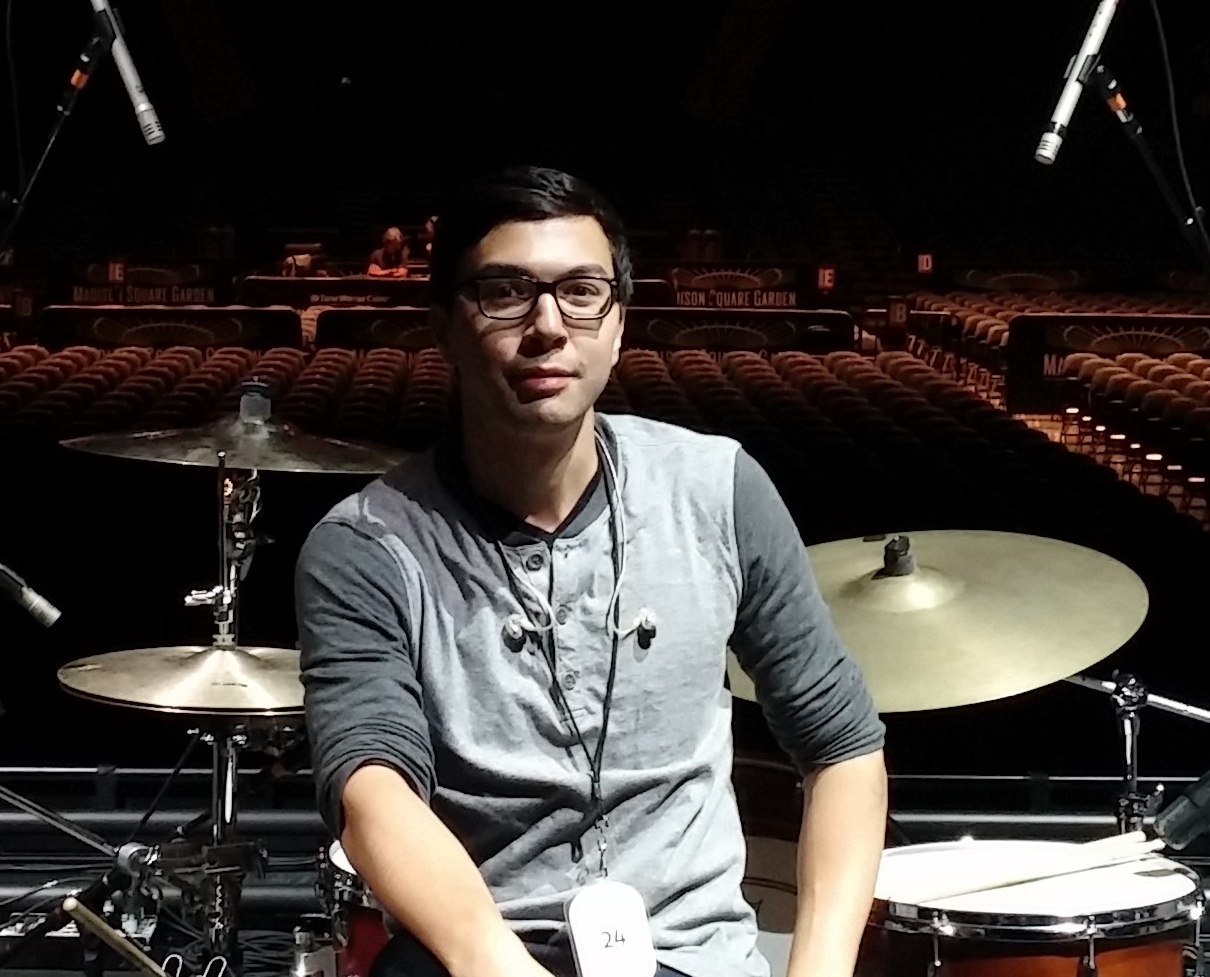 Nick Baxter was born and raised in the musically diverse city of Pittsburgh, PA. From those upbringings, Baxter grew up with the
musical influences of: Rock, Pop, Big Band, Funk, Latin, Jazz Fusion, and Blues.
Right out of High School in 2003, Baxter began touring and doing session work for bands locally and attended Robert Morris
University in Pittsburgh, PA. Following his heart and dreams, in 2007 he began playing in The Morning Light who signed to
Fearless Records, APA Agency, and AMG Management. Drumming for The Morning Light, Baxter had been able to tour with
multiple national artists including All Time Low, Phantom Planet, The Maine, The Rocket Summer, Steel Train, The Hush Sound
and among others as well as playing the Bamboozle festivals and SXSW showcases. His work with The Morning Light also
helped the band reach the number 27 spot on the Billboard Heat Seeker’s charts.
In 2010 Baxter joined the Steel City Ambassadors Drum and Bugle Corps and went back into the practice room to further
perfect his craft. During that time, he also filled in for Delaware artist Ian Walsh and did more local session work. By the
following year, Baxter moved to LA to study at the Musicians Institute. He graduated in Music Performance for Drumming in
2012 and landed a position in Bangkok, Thailand teaching music and drumming to kids and adults at Rockademy Thailand.
While in Thailand, he was able to tour around Southeast Asia with multiple acts including DJ Dragon, RMS, and Hugo; Baxter
also won 1st place in the Drums Category for Trinity College: School of Rock and Pop in all of Thailand.
Following Thailand, Baxter became an instant wanted/in-demand drummer in Pittsburgh, PA as well as teaching full time. He
was the drummer at Perry Highway Lutheran Church and Steel City Improv Theatre as well as winning a Henry Mancini award
for his contributing work in the Pit Orchestra for the musical broadway hit, Pippin. Baxter also did session work at Electric Eye
Studios and The Wilderness Recording Studios for multiple local Pittsburgh artists including Josh Herbert.
Baxter ended up touring with Josh Herbert, opening for the Dixie Chicks on their 2016 North American Arena/Amphitheatre
summer tour which also included Augustana, The Heavy, Anderson East, and Elle King. Since moving back to Southern
California in 2016, Nick Baxter has gigged out with local artists including Fully Fullwood of Bob Marley and Peter Tosh, La
Bamba and Mark Pender from the Conan O’Brien show via Jimmy Vivino and the Basic Cable Band and Grammy Award
Winning audio engineer, DJ Burt Blackarach.